New Year’s Eve The public holiday that people celebrates all the parts of Thailand.

Don chedi Monument, located in Suphanburi province. This event commemorates the victory of King Naresuan of Ayutthaya over Burmese invaders in 1592 The high light of the fair is dramatised elephant- back duelling.

Chiang Mai Flower Festival When all varieties of colorful flowers are in full bloom in northern city, its celebrate with a parade of beautifully decorated floats, flower displays, handicraft sales, and beauty contests.
Makkha Buchaa Day The full moon in third lunar month where they commemorate preaching of 1250 enlightened monks who came without prior summons and culminates with a candle-lit walk around the main chapel in all every temple.
Phra Nakhon Khiri Historical Park Its historical and architecture are focused in here as known in named of Khao Wang. It features a sound-and-light show and presentations of Thai classical dance-drama.

Chakri day (April 6) commemorates a founding of the Chakri Dynasty, Rama I.

Songkran Festival (April 12-15) Thai traditional New year held on summer. The time for Thais to pay homage to Buddha images and younger sprinkle water on their elder hands in a show of respect. It’s a day that release everyone from stressful to be full fun enjoyable. Anyone who ventures out on the streets is likely to get a thorough dousing of water. Hide yourself or get soak!
Phi Ta Khon Festival An another rain-making festival held in Loei, where people don marks and costumes to look like ghost.

Royal Ploughing Ceremony An ancient Bhahmin festival to mark the beginning of the rice-planting seaso, and is believed to forecast the abundance of the next rice crop. A colorful costumes are worn by the participants during the ceremony where takes place at Sanam Laung
Coronation Day (May 5), The King and Queen preside at a ceremony at the temple of the Emerald Buddha, commemorating their 1950 coronation.
Rocket Festival A rain-making festival in the province of Yasothon(North-East) where villager construct thehuge craft sky-rockets of bamboo to fire into the sky to bring rain for rice fields. It’s know as “Bun Bang Fai Festival”.

Phi Ta Khon Festival An another rain-making festival held in Loei, where people don marks and costumes to look like ghost. Instagram

Candle Festival The commencement of the Buddhist Rains Retreat known in Thai as Khao Phansa, is celebrated in North East by carving huge candles and parade them on floats in the streets.

Asalaha Puja Day A commemorating the first sermon preached by the Buddha, During this period of three months the monks must remain in their temples and strictly observe their religious duties.  Instagram Feed

Chulalongkorn Day (October 23) A commemorates the death of King Rama V.
Ok Pansa A month of the end of Buddhist Rains Retreat, and is observed by the Kathin season, when people make merit by presenting robes and other utility items to monks at various temple.

Loy Krathong To pay homage to the river spirits, people in every parts of Thailand float “krathong”which made of banana leaves and flowers in rivers and canals. The best celebrate are in Sukhothai and Chiang Mai.

Thai Royal Guards parade (also known as Trooping of the Colors parade)(December 3) This is a colorful pageant when contingents of the armed forces parade in full dress uniform at the Royal Plaza to confirm their allegiance to the King and country. – Wikipedia

Birth Day of His Majesty the King (December 5) Everywhere in Thailand are decorated with flags, light andportraits of His Majesty the King, are known as “Father’s day”.
Ayutthaya World Heritage Site The ancient Siamese capital of Ayutthaya was designated a world Heritage Site by UNESCO in 1991. It celebrates its glorious past with historical exhibitions, traditional culturalprocessions and performances, light and sound presentations around city ruin, along with numerous formsof entertainment. 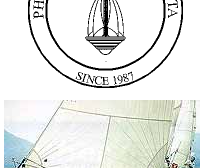