Is held 13 March yearly in memory of the two heroines wholed the defense of the island against the Burmese in 1785.

Is held on Songkran. the nationwide Thai water festival. on 13 April. This date is also National Fisherman’s Day. Baby turtles are released into the sea at various locations.

Falls during the middle of the six and eleventh lunar months yearly. The feast is held at the Chao Lay, or Sea Gipsy villages in Phuket. The Rawai and Sapam villages hold their ceremonies on the 13th. Sirey village celebrates on the 14th, and the village at Laem La (east of the bridge on Phuket´s northern tip) celebrates on the 15th Ceremonies witch center around the setting adrift of small boats similar to the Thai festival of Loy Krathong. The ceremonies are held at night and their purpose is to drive away evil and bring good luck. Fingernail clippings and strands of hair are put in the little boats before released along with little dolls fashioned from wood. Afterwards, the villagers perform their famous dance round their own boats, called the Ram Rong Ngeng.

The Boat Floating Festival of the Chao Lay (Fisherman) takes place annually in the middle of the 6th and 11th lunar months. The fishing groups from Rawai and Baan Saba would earn their 13th place and the group from Sirey Island has their 14th place. The fishermen from Laem La (from the north of Phuket0) have a special “Sadohkroh” ceremony similar to Loy Kratong, who put together a wooden boat and placed human hair and nails, as well as a wooden human doll in it Driven by the sea to swim away grief and bad luck, the ceremony concludes with a dance around the boat named “Rong Ngeng”.

Por Tor Festival this is an ancestor’s festival Of the ethnic Chinese that falls on the seventh lunar month of the Chinese, which is the same as the ninth lunar month of the Thais. Special foods, flowers and candles are presented to the ancestor’s altars. Cakes in the shape of turtles are made from flour, some quite large. This is done because turtles live to great age and it is believed that by making such offering worshippers may extend the length of their lives. It is an important merit-making festival.

Phuket Vegetarian festival 2018. Just 1 procession of many not sure if I need to see more #phuketthailand #thailand #phuketvegetarianfestival2018

‘Is held from the first through the ninth nights of the ninth Chines lunar month, that is in September or October. It was first celebrated in 1825 when a troop of actors enacted these rites to ward off a plague. Vegetarian food is eaten by participants and white clothes worn during the period of the feast. Self-mutilation is practiced by those whose bodies become the temporary residences of powerful gods. Parades of worshippers brave fireworks while carrying images through the streets; others walk on fire or climb bladed ladders. Participants number in the thousands. The whole forms one of the most bizarre festivals in Thailand.

This annual yearend event sees the world’s top triathletes and hundreds of amateurs competing for prize money and placing on the world triathlon circuit. The course, witch includes swimming, bicycling and running through the beautiful natural surroundings of Laguna Phuket in Tambon Choeng Talay takes from two-and-a-half to five hours to complete.

In English, from the place where celebrations occur, and are held starting 1 November. There are many stalls with merchandise and food, parades, sports events, and a beauty competition for foreign tourists. The feast is held to cement solidarity among the government, the private business sector and the people.

Phuket King’s Cup Regatta was first held in 1987 In honor of his Majesty’s 60th birthday. The King of Thailand is a noted boating enthusiast and yachts come from around the world to participate in the competition, which is held yearly on the anniversary of His Majesty’s birthday 5 December. Site of the regatta is Nai Harn Bay. 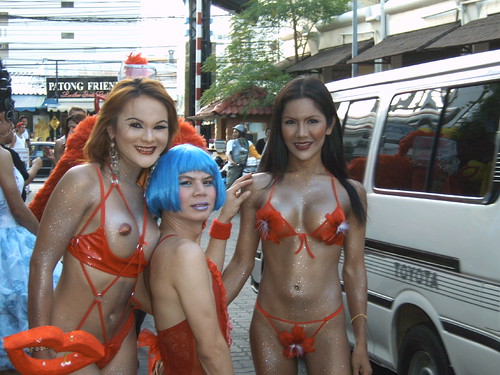 The most picturesque of the Thai festivals is held on the full-moon of the 12th lunar month. Little candle-lit krathongs are launched onto the water as an offering to Mother Water. People apologise for polluting the water and promise to do better in the future.

Loy means to send adrift, and Krathong means: a little basket-like boat containing small flowers and other offerings suitable for the water spirits.

Songkran is a Thai traditional New Year which starts on April 13 every year and lasts for 3 days. Songkran festival on April 13 is Maha Songkran Day or the day to mark the end of the old year, April 14 is Wan Nao which is the day after and April 15 is Wan Thaloeng Sok which the New Year begins. At this time, people from the rural areas who are working in the city usually return home to celebrate the festival.